I’ve wanted to post, for some weeks, but other things kept happening!!! Then a dear friend posted a comment, hoping I was okay, so I knew I just had to sit down and get it done!!

So where do I start?
My new job – as a school chaplain, started off and went very well. By the end of the term I knew over half the students by name and started to place sibling groups together. Coming into my office for “teddy hugs” has been a huge hit.

I also made some cushions for the office, using a very colourful cardigan someone had knitted, which I bought at a second-hand shop. It wasn’t complete – just the back and two front side panels, which had been joined, but no sleeves or anything else. I unpicked it, and made cushions with them. The photo’s show the outcome. 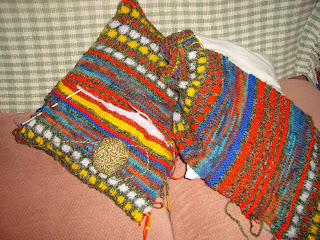 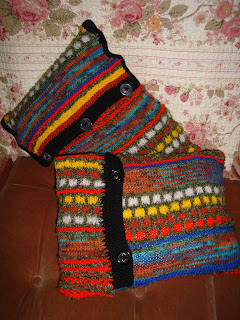 Just before I started the job I managed to get some DJ blocks made for someone I’ve been swapping with for a while. I made great progress then they came to a halt. 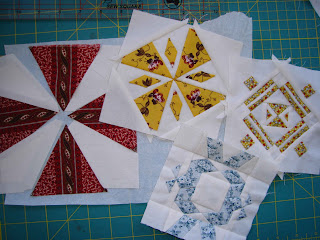 I made progress in getting 3 mug pouches sewn up for my giveaway, commenced the embroidery work after completing the colouring-in on the stitcheries, then they came to a halt.

Everything changed as my hours and days changed with working and affected my creative/sewing times. Plus I was feeling quite tied.

On top of all that, my sister-in-law was getting married and asked my daughter to be a flower-girl, along with her cousins. So making a flower-girls dress became priority one, in what little time I had. I really enjoyed making this dress, it's been a few years since I last did some dress making, which was also for a wedding. Back in my teens I used to make most of my clothes. 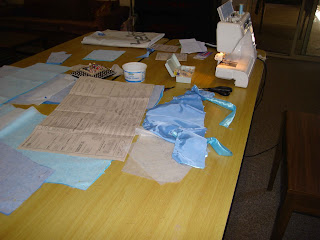 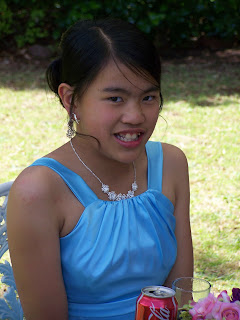 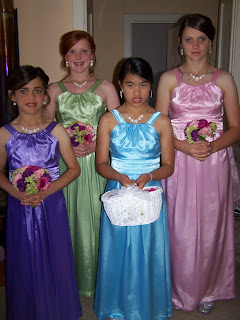 Along came Christmas, with family coming here. When we have Christmas here in our home, it’s become our tradition to make a ginger-bread house. So this is our 2010 Gingerbread house!! 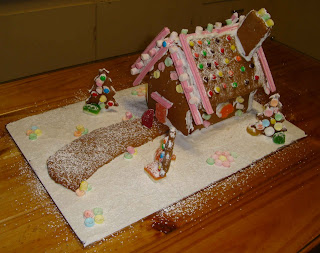 Then yesterday morning…….my daughter had gone into the kitchen, when she called out “Mum!” I said “What?” (Hubby and I were lying in bed relaxing and talking.)
“Mum, there’s a snake in the kitchen!!” (Action…..fast jumping out of bed, unbelief that it could be so….)
There it was right in front of the kitchen stove. Hubby raced out for a shovel, while we kept watch, as it turned and slithered back across in from of the cupboards and sink.

My husband has said “it ‘naturally’ died of ‘natural’ causes!!!” It was a 3ft “tiger snake”. Some interesting stats: one person a year dies from snake bite in Australia. 60% of people die from a “tiger snake” bite. 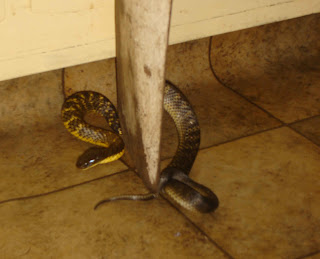 We can only guess it came through the front door, when the flywire door wasn’t properly closed. Don’t try and think about it being in the house for the day and night, without us knowing!!! 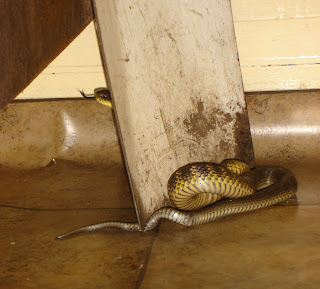 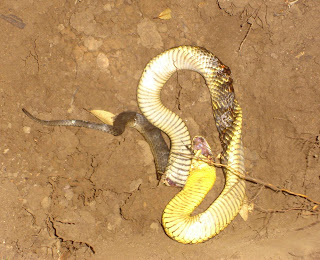 So I’m happy to say we are all safe and well and I’m hoping for some creative times in coming weeks. I’m suffering badly from “withdrawal symptoms”!!
Posted by Susan at 12:58 PM 5 comments:

"Seek ye first the kingdom of God and His righteousness, and all these things shall be added unto you." Matthew 6:33

Susan
Western Australia
I'm a Christian, pastor's wife, mother of two adopted children - from Romania and the Philippines. I enjoy living in the country and on an 8 acre farmlet, set amongst lovely trees. I love any handwork and sewing.